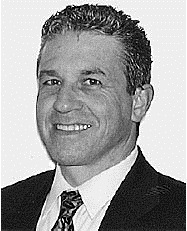 DSP Communications, Israel,                                                     January 1994 - September 1995
Title: Speech Coding Group Leader
DSPC is a cellular technologies manufacturer of cellular phone chipset that includes the cellular network interface and the voice compression. Researching and developing a proprietary multi-rate speech coder at 4-8 kbps. The project included C simulations for floating-point and fixed-point arithmetic as well as Vector-Quantizer (VQ) design for each rate and research of various LSP quantizers. Leading the development and implementation of PDC's PSI-CELP and VSELP standards on the company's chipset (masked on TI's TMS320c54x). Developing a noise-canceller for digital-cellular phone. The PDC chipset has become the flag ship of the company. Oded's contribution was the key in turning DSP Communications, from a poor company in 1994, into a very successful one, leading to a $1.6 billion acquisition by Intel.

Compandent Technologies - Winner of the Business Plan Competition of the Center for Entrepreneurship & Engineering Management (CEEM) in UCSB sponsored by eLabor.com.

International patents in the area of speech coding